Here a Yamaha SX-80, in walnut finish. It is an unusual guitar from the SX series which was only produced from 1973 to 1978. The SX range was to become known as the “Devilhead Guitar” series. This SX-80 was the predecessor to the the later better known SX-800A and SX-800B and sports 2 independent single coil, high output pick ups with a good tonal range. The construction materials varied between the SX models . The SX-80 model was made out of Katsura wood for the body and neck, with an rosewood board. This is a rare guitar and rarely seen outside Japan; a related model the SX-125 can be seen in some 1975 live footage of Deep Purple with Tommy Bolin. 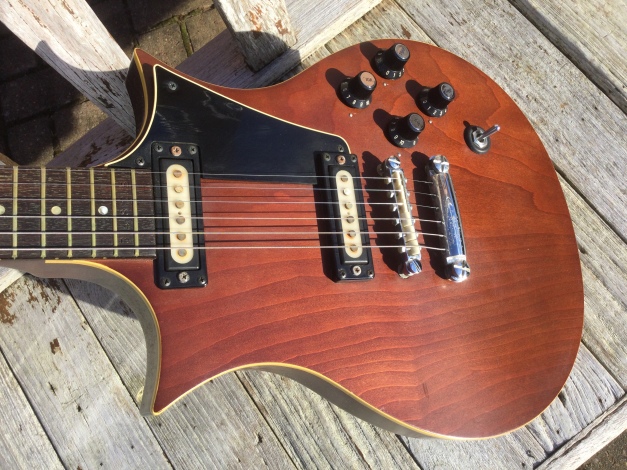 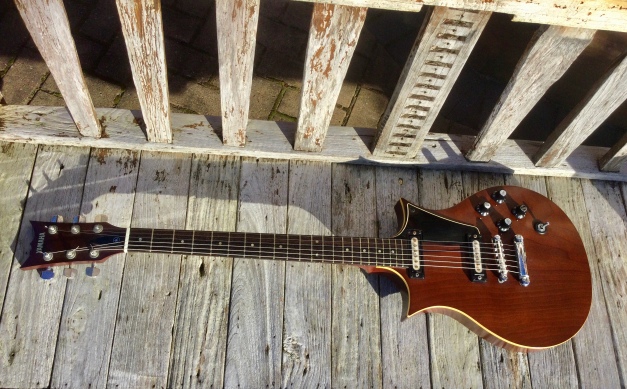 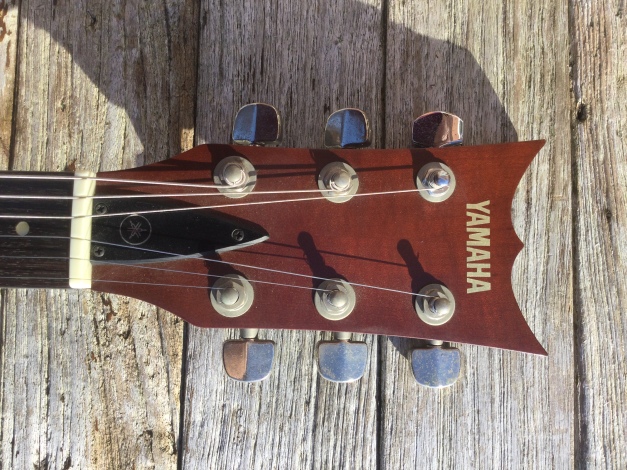