Yamaha SG-800s Standard in absolute mint condition, lovely metallic blue. The Yamaha SG-800s was the work horse as well as flagship SG that would compete with the Gibson Standard, hence the denomination SG-800 Standard. Kitted out with 2 powerful Alnico V pick ups and a coil tapping as factory standard this is a rocky little brother of the acclaimed Yamaha SG-2000 and SG-1000 that was developed back in the 1970’s, the guitar plays like a dream, light and fluid, with nice  low action. The guitar is quite a bit less heavy than the SG-2000 series with a set neck and rosewood fret-board. It is a very pretty guitar as , and the guitar has no tarnishing of any of the pristine chrome and there are no scratches of any significance, no dents either, the guitar appears to have been a case queen. 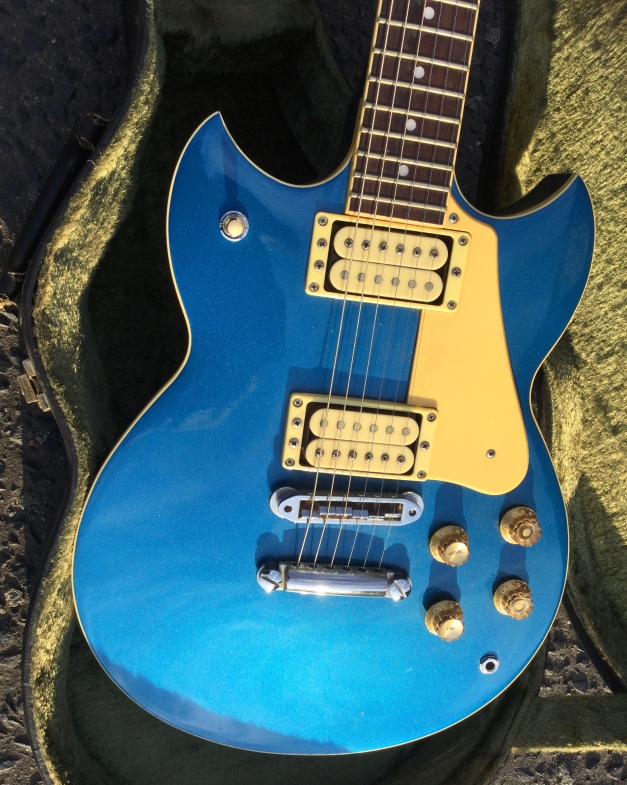 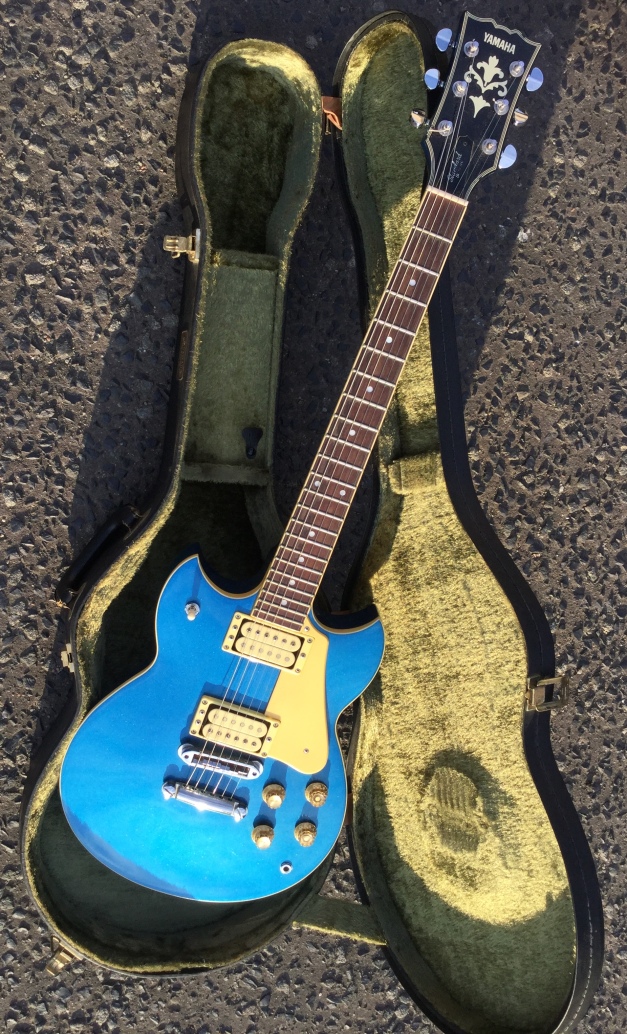 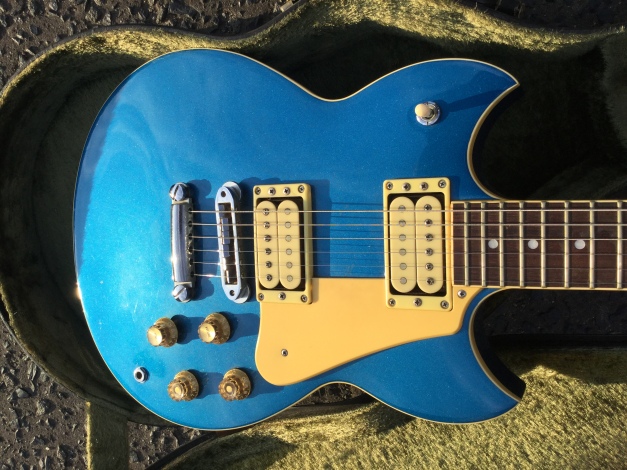 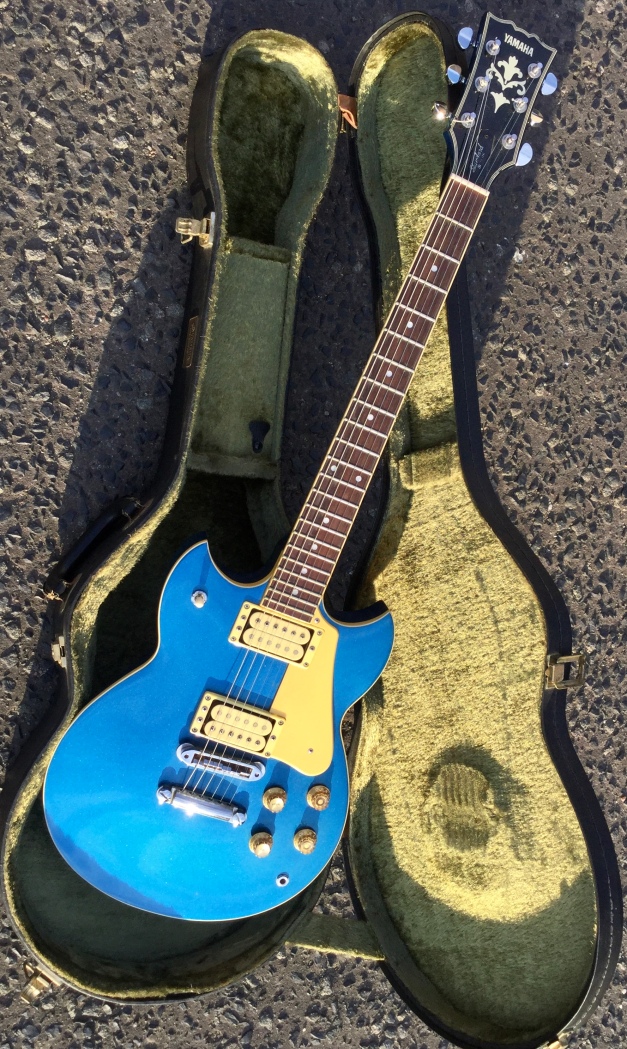 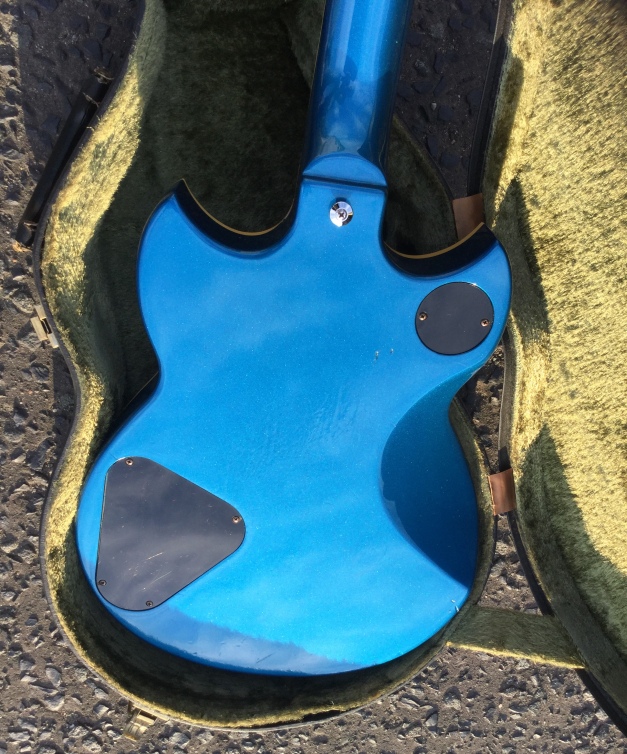 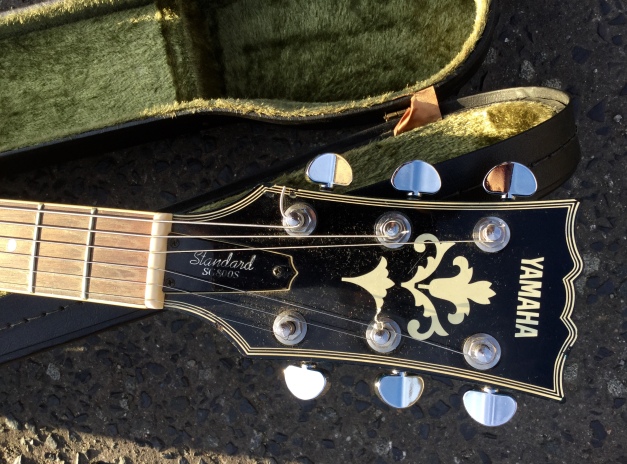 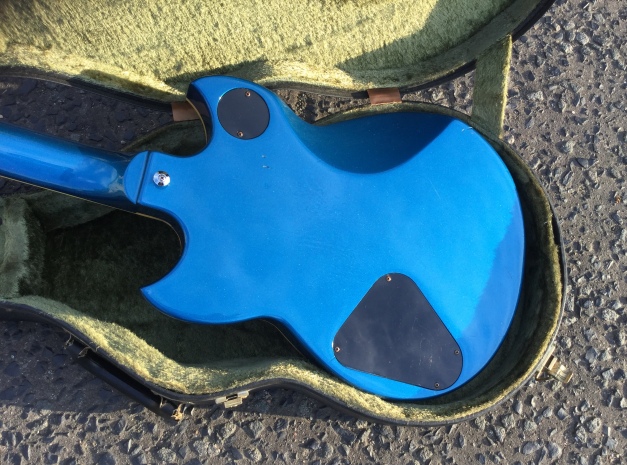