Here a 1958 Gibson Les Paul Standard model. This is an early Les Paul guitar; a faded Honey/Sunburst Gibson Les Paul Standard model. Looks like the guitar was cherry sunburst at one time as under the scratch-plate there is some faded red to see. 1950s model Les Pauls appear less common as they were discontinued in the early 1960s and replaced with the SG shape, although early SGs still were called Les Paul. This guitar was used by a Dutch Indo-rock band as was quite common in the early 1960s. It has seen good use and has lots of buckle marks on the back and some of the finish is badly worn. Tuner heads were replaced as the plastic went brown and cracked off the pegs. The playability, however, is superb and the guitar has a real bite tone wise.  Much heavier than my ‘53 Les Paul and harder to handle but set up with low action it plays quite well. Lives in its worn and smelly pink lined case. 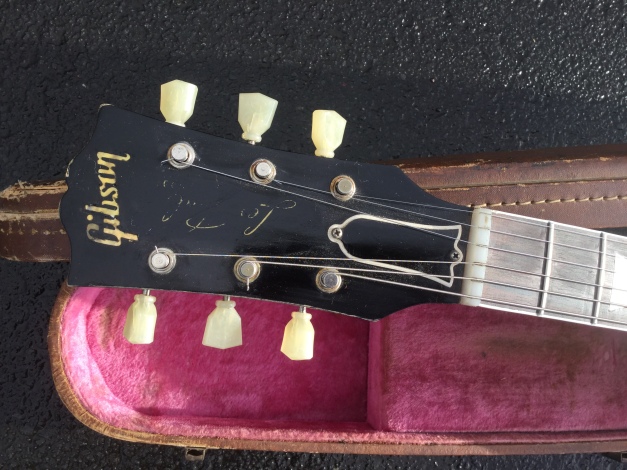 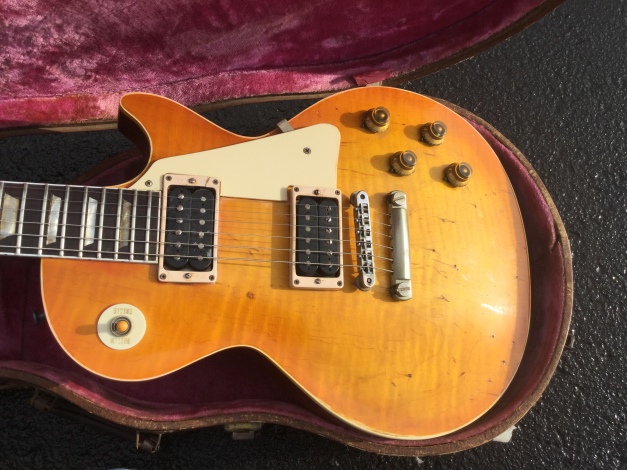 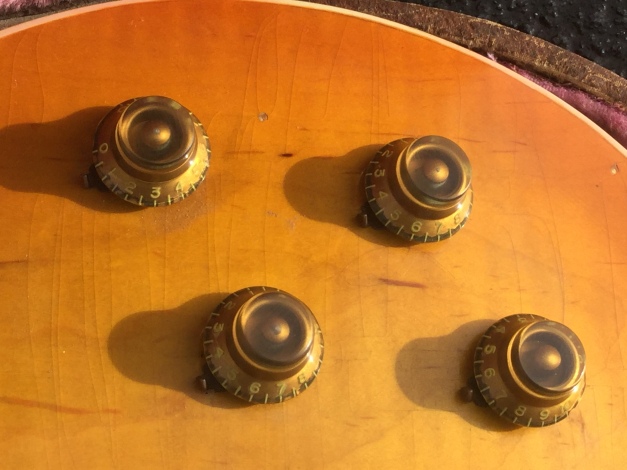