Here a pretty Gibson Les Paul R8 Guitar with cool looks. Although it’s fairly plain, but very nice grain to the lemon burst top. So we have cool looks and a killer sound to boot; for those who know the Gibson Les Paul Custom range. The pickups are quite hot and sound gritty and biting at high gain, as well as nice low end tones.  I am not writing much bumf on here other than that this is a close cousin to the 1958 Gibson LP. An R8 is made with traditional methods and aims to be close to the vintage original. The guitar lives in its black plush lined Gibson Custom Case. 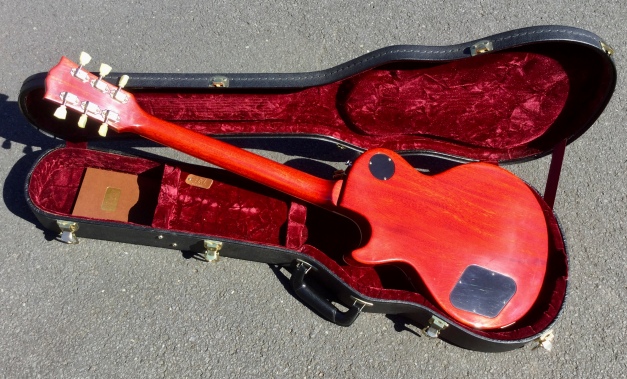