Ibanez guitar company started life as the Hoshino Gakki company which began in 1908 as the musical instrument sales division of the Hoshino Shoten, a bookstore chain. Hoshino Gakki decided in 1935 to make Spanish-style acoustic guitars, at first using the “Ibanez Salvador” brand name in honor of Spanish luthierSalvador Ibáñez, and later simply “Ibanez”

Hoshino Gakki introduced Ibanez models that were definitely not copies of the Gibson or Fender designs, such as the Iceman and the Roadstar series. The company has produced its own guitar designs ever since. The late 1980s and early 1990s were an important period for the Ibanez brand. Hoshino Gakki’s relationship with guitarist Steve Vai resulted in the introduction of the Ibanez JEMand the Ibanez Universe models; after the earlier successes of the Roadstar and Iceman models in the late 1970s – early 1980s, Hoshino Gakki entered the superstrat market with the RG series, a lower-priced version of their JEM series. 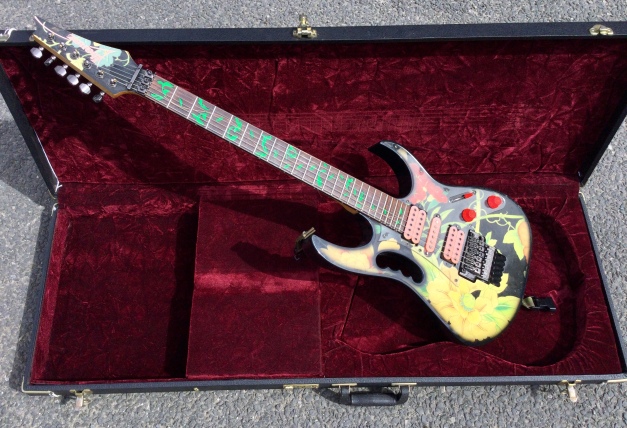