Fans of Queen or Brian May will know the famous Guild replicas of the red special. Here is a Signature Pro Model made in 1993, in the rarer green finish. Below a bit about how it all started. Spring of 1964, Brian May, then a student at Hampton, Middlesex, and his father, an electronics engineer, worked on a project to make an electric guitar. After two years the “Red Special” . This guitar, Brian’s main instrument, would become “Queen’s” sound. In 1994, the USA based Guild Guitar Co. and Brian worked closely together to produce 316 close replicas of the “Red Special”, most of which were red and a very small number were issued in racing green. The guitar had to match the special features of the custom-made original Brian May guitar. Mahogany body, Ebony fingerboard; neck is wider than most electrics (1-13/16 at the nut) aiding string bending and kitted out with 24th frets. The head of the guitar is arrow-shaped and flat in line with the neck. The guild series comprised the early 1984/5 models with a Kahler like trem. The more sought after models were the 1993/4 BHM-01 and 02 series. 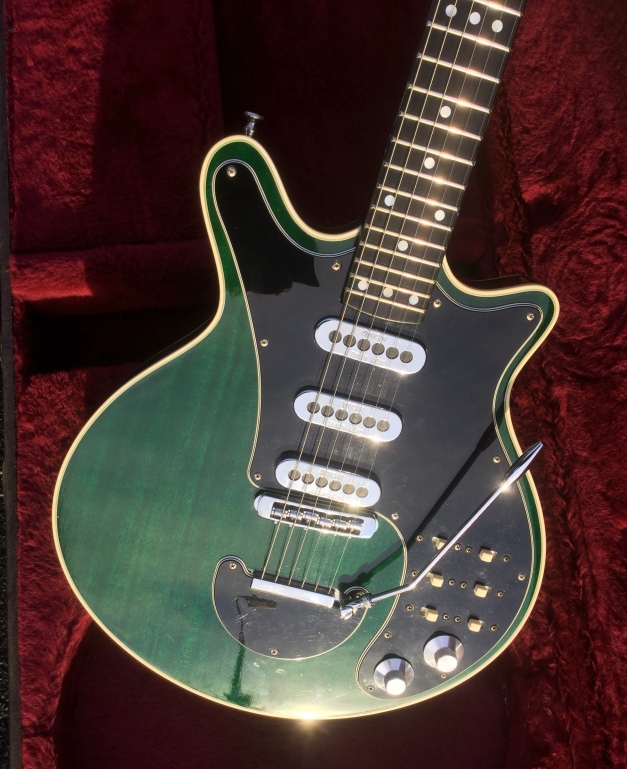 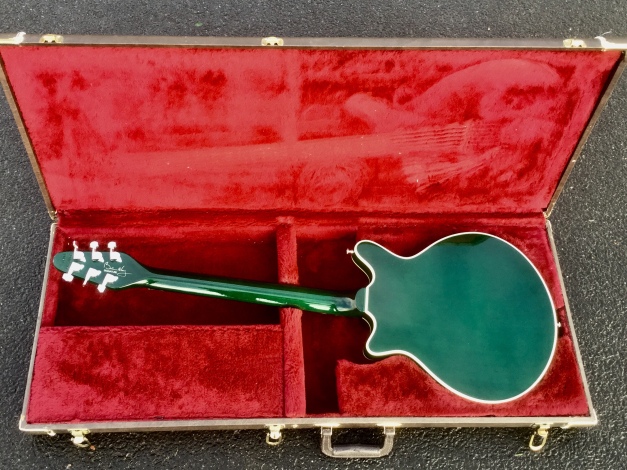 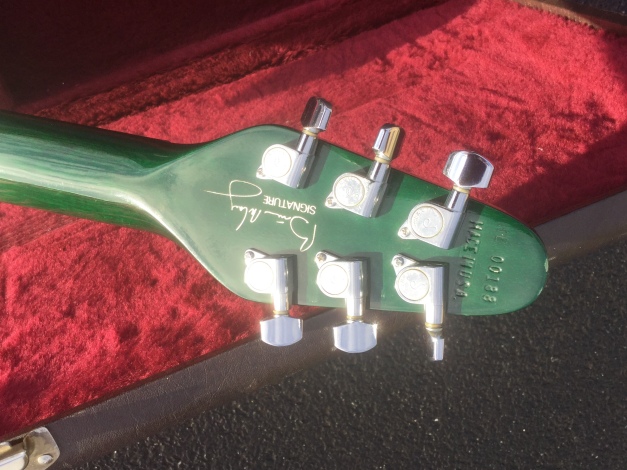