In addition to the famous double cutaway Yamaha SGs like the SG-1000 and 2000, Yamaha Corp made some single cutaway SG’s in the early 1970s, resembling a more rounded Les Paul shape. An example of a single cutaway guitar is the Yamaha SG-65. This was the middle of the range of these guitars, that were produced during a short period from 1972-1974 in the run up to the famous SG-175 and the later SG-2000 series This Yamaha SG-65 is the middle of the range model of the single cutaway SGs and is built from high quality materials, including real mother of pearl for the fret markers and Brazilian rosewood for the fret board. The finish was generally simple and was either natural wood, dark or light. The guitars are pretty and the translucent varnish allows you to see the beautifully crafted wood surface.  The sound of these vintage gems is outstanding with the vintage pick ups. Guitar is all original and lives in its original orange faux fur lined hard case. 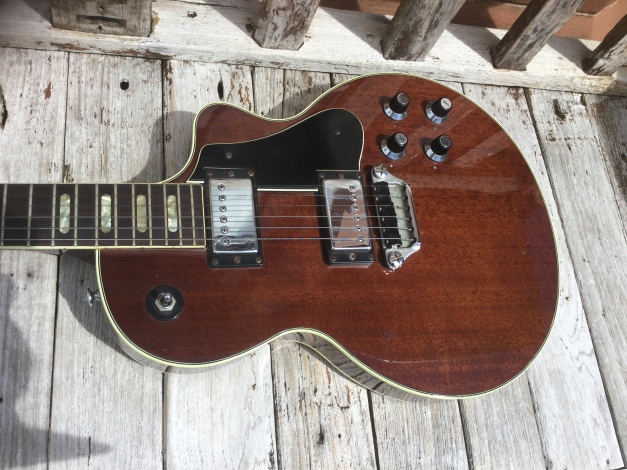 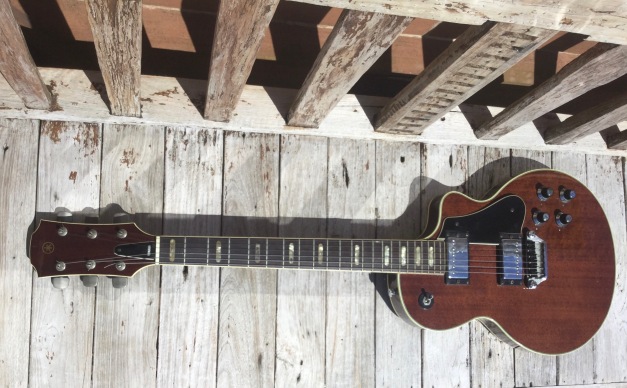 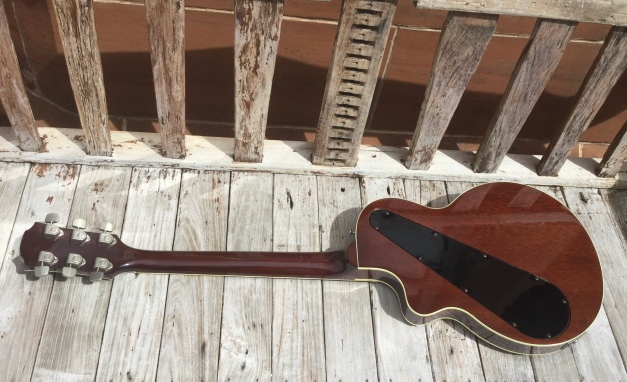