Rare Yamaha SX-800B – “The Devils Head” , 1976, in translucent red  finish, 1st issue. The SX models were in the day also known as the “Devilhead Guitars” and along with the SG were developed after the earlier SG-90/175 that were made 1974-75. The SX was short lived and last models were issued in 1976/8. The A models were kitted out with hum-buckers and the B models had 3 single coils pickups. The construction materials varied between the A and B versions. The B version was made out of Japanese Ash for the body and neck, with an ebony finger board. Notable players were Tommy Bolin and Rory Gallagher. The Yamaha SX-800B sports 3 independent single coil, high output pick ups that can be selected with a 5 way slider switch and its tonal variety and range is immense, varying from soulful and clear, to a powerful growl. 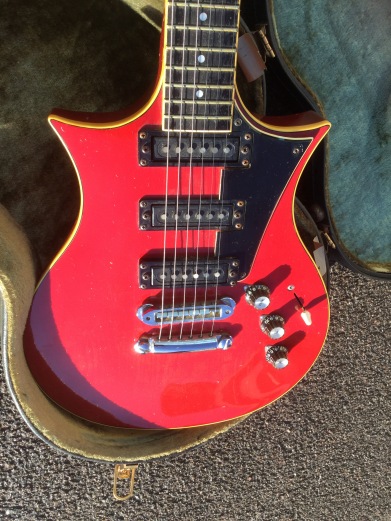 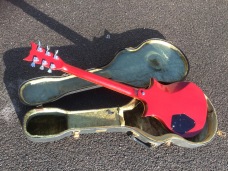