Early 1970s Gibson issues the Gibson L5-s, which is essentially a solid body version of the Gibson L5 semiacoustic Guitar hence the -s suffix. Typically Doubly bound, flattish body, kinda Les Paulish, slightly arched maple top with ebony. Similar to the L6-s, apart from the double sided binding and the Ebony fretboard with real abalone. The guitar is a masterpiece in Luthiery, as even the cavity backplate is made out of the matching wood. Originally designed as jazz/fusion guitar and kitted out with low impedance pick ups, as ell as a trapezoid tail piece, laterally it came with standard hum-buckers, and the tail piece was replaced with a fine tuning stop tail. The guitar packs a punch with either low or high gain pick ups. The dimensions are similar to the Gibson Les Paul Recording. 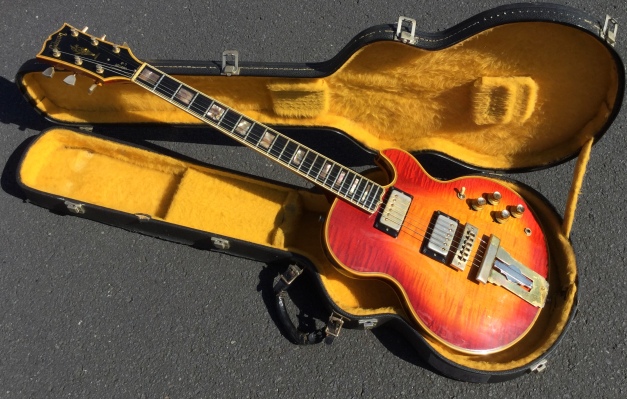 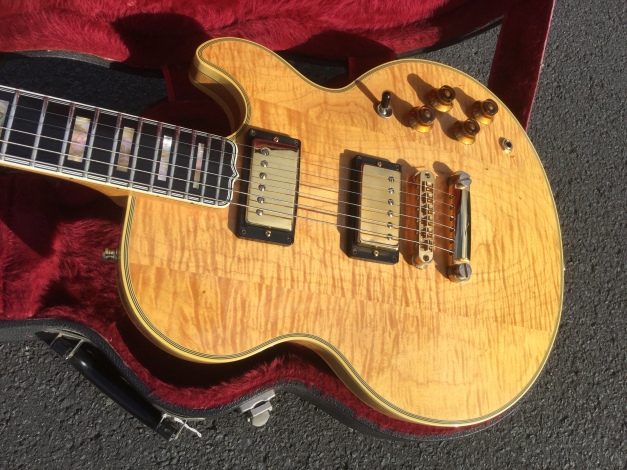