Another flagship guitar of my collection, the holy grail of Yamaha SG guitars, we have here the Yamaha SG-175, the top of the range SG that hit the music scene in 1974. This Yamaha SG-175 initially caught the eye of Carlos Santana who tried and tested the Yamaha SG-175 out. Although he thought it a great guitar, he deemed the SG-175  too light, and hence lacked the sustain he was looking for. Yamaha Music Co used his input in design and functionality to develop the now famous Yamaha SG-2000, probably the earliest famous Yamaha electric guitar. The changes to the SG-175 design meant a evolution to a heavier and contoured solid body electric guitar, the Yamaha SG-2000. For weight and resonance transfer, a brass block was added under the bridge and the guitar was made with a thru body neck

Copies of some of the  original hybrids of SG-175/2000 can be seen on his Santana’s live renditions of “She’s not there”, “Europa”, “Black magic woman” and more recordings from the album “Moonflower”. The Yamaha SG-175 was produced in only small numbers, as only the best of the best of materials were used and is now a very sought after instrument amongst Yamaha SG aficionados.

It is a brilliantly  high-quality guitar built with a Honduran Mahogany body, bound with ornate abalone binding, the set neck is made from one-piece bound mahogany with ebony fret-board, again with decorative mother of pearl split-wing markers. The headstock is quite plain with triple binding surrounding the wood, there is no decorative floral motif inlay as common with the later SG-2000 and SG-1000, just the Yamaha Logo. 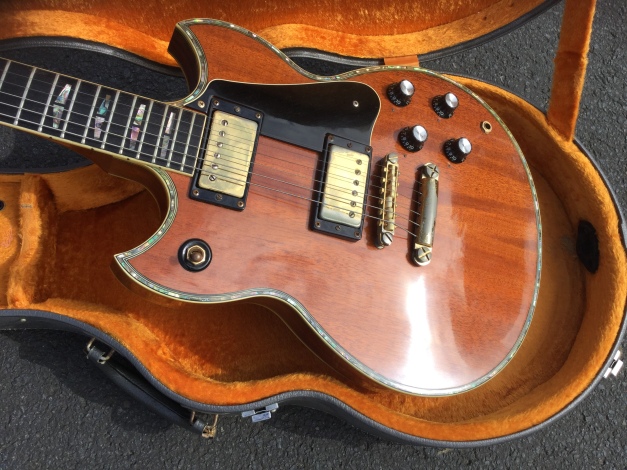 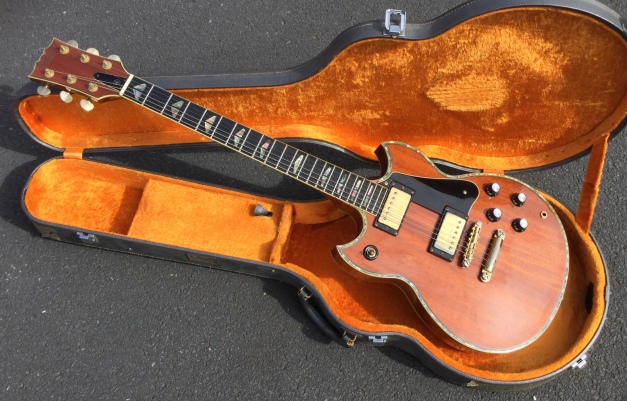 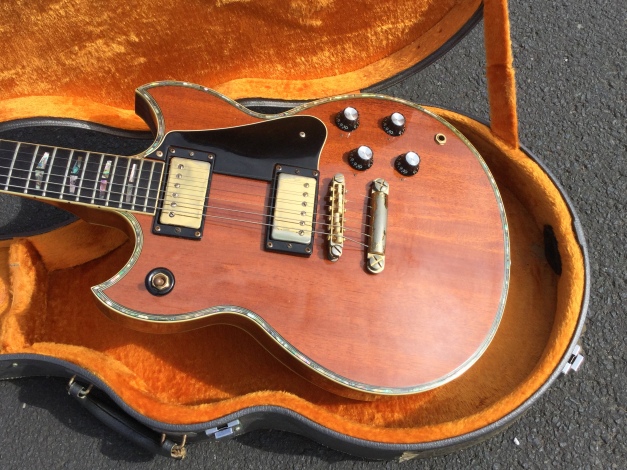 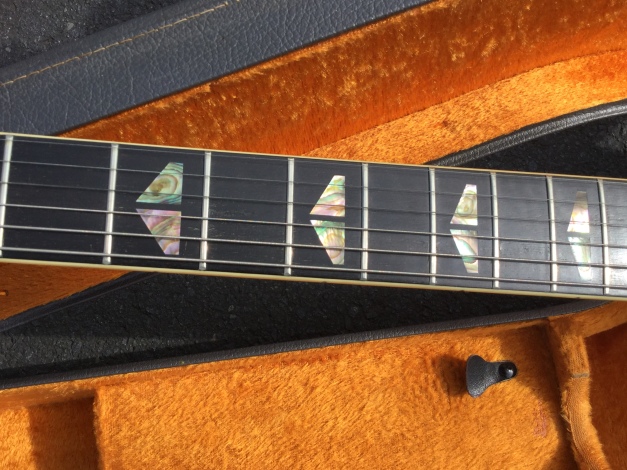 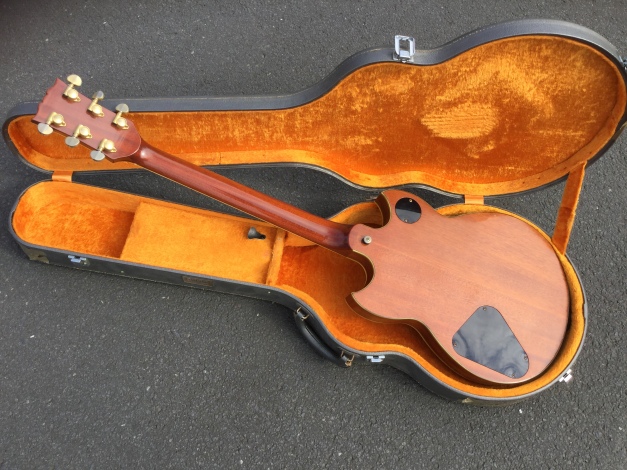