In 1979, Fender celebrated the 25th anniversary of the Stratocaster (introduced in 1954) with its first “anniversary” instrument, and the first Fender Guitar to be issued in a pre-determined and numbered, limited quantity. A small run of 500 or so instruments produced were finished in Pearl White. However, due to the instability and excessive checking of the finish, many were recalled and re-finished in Porsche Silver (though Fender refers to it as “25th Anniversary Stratocaster Silver”), the color that was used in the rest of the production run. So here we have one of these Silver series in near mint condition. 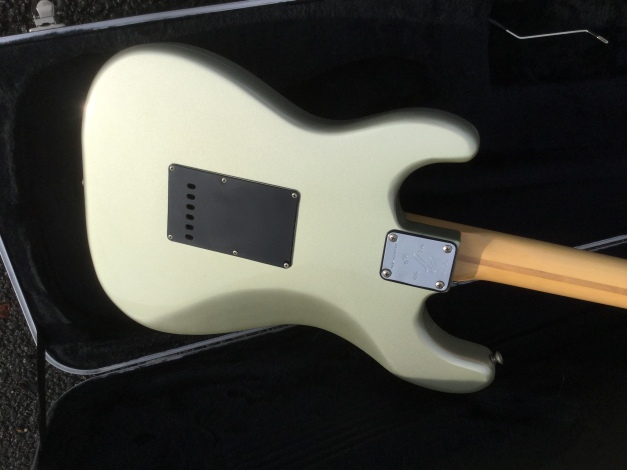 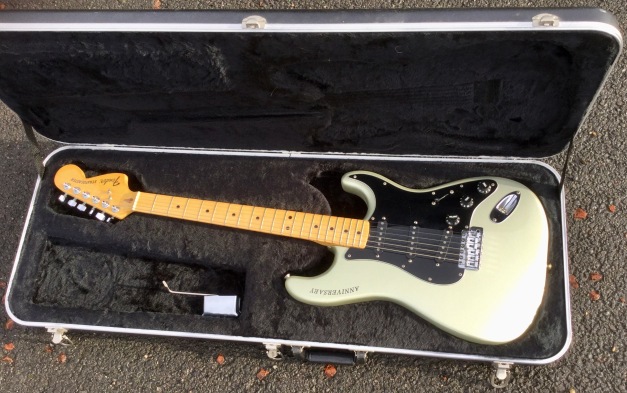