Most people will recall having seen a Gibson ES-335, the archetypal semi-hollow body Gibson, used by many a household music band or guitarist. Apart from that famous model, many other semi hollow guitars (ES) were produced by Gibson. The ES Range varied enormously in size, and also smaller and flatter versions were made. So here we have a Gibson Midtown, a slightly smaller and flatter brother of the Gibson ES-335.  This is an amazing guitar, made in Memphis in 2013, the custom versions were a limited issue with cool looks and the fancy diamond style inlaid headstock, further featuring “Ebony” style resin based Richlite fret board with pearloid markings and binding around the fretboard and body. It’s a great sounding guitar too, with specifications somewhere between a Les Paul and ES-335. It plays beautifully and everything works perfectly. There are some very faint scratches just above the neck pickup from playing, but nothing serious in any way. Guitar lives in the original hard case with furry lining. 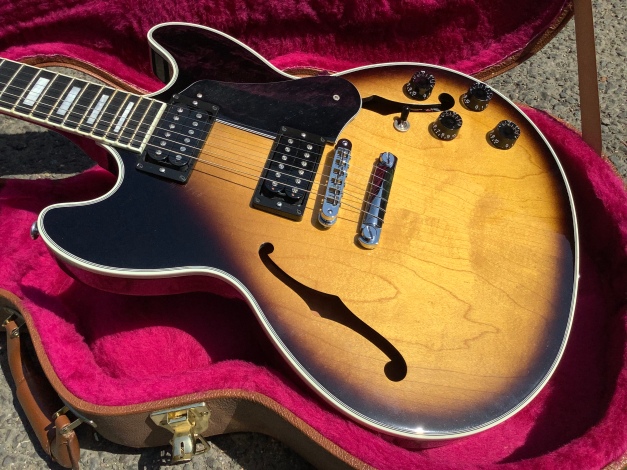 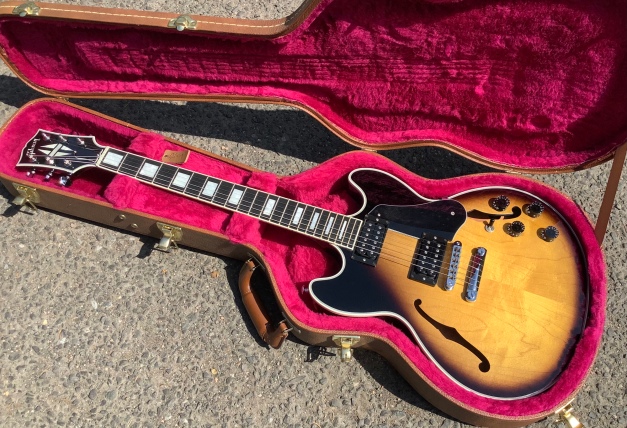 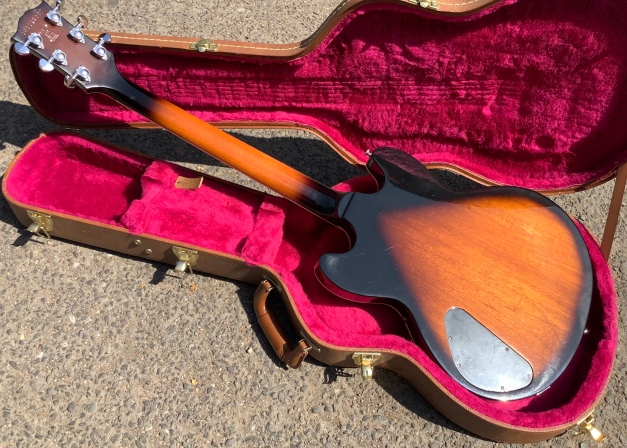 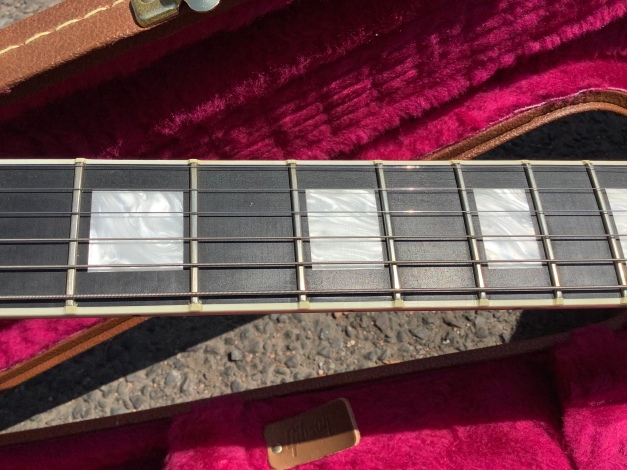