In the Gibson Marauder Series, the Tobacco Sunburst version was produced in very small numbers, word on the street is that this finish was rare, so that even less than 100 were made. Generally the Marauder was outshone by the Les Paul Models, mostly due to the lesser popularity of the bolted versus the set neck The Marauder was launched in 1974 and remained in production until 1979; being replaced by the Gibson Sonex series around 1980. This Gibson type guitar was initially produced at the Kalamazoo plant, but gradually production was transferred to the newer Nashville plant. The Marauder, along with the Gibson Grabber Bass were Gibson’s mid-seventies budget guitar models; still a Gibson, and not cheap, but certainly not their lowest price electric; though there was a more up-market version, the Marauder Custom,

The body and neck are made from poplar wood and hard maple and the instrument is finished in tobacco nitro lacquer. There 3 tone settings on the Marauder’s selector switch via a 3-position toggle switch. The pick ups are Bill Lawrence design with the front pickup is similar to the Super Humbucker with small additional magnets reinforcing and directing the field, while the bridge pickup has a single, iron-cored coil, with a magnet below and iron strips from the lower magnet pole. The fast, easy-action neck is made from Canadian maple. The fingerboard is made from rosewood. 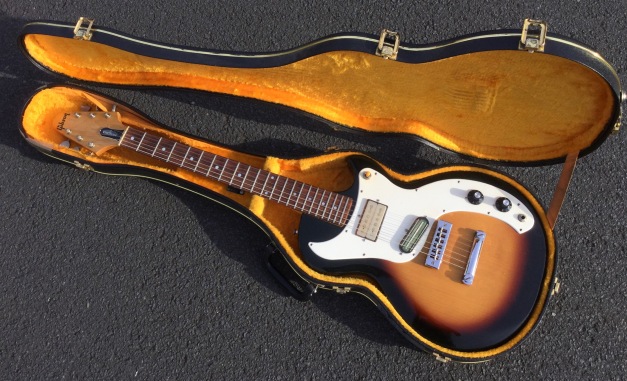 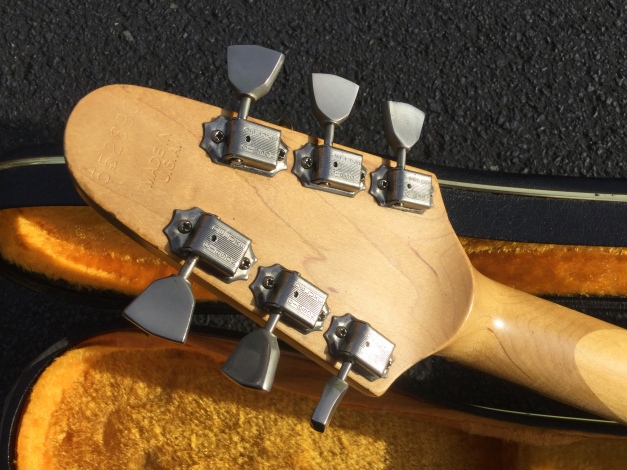