Here an early Gibson L5-s, a solid bodIed version of the Gibson L5 semiacoustic Jazz Guitar. Flattish body, kinda Les Paulish, slightly arched maple top with ebony. Fairly flat guitar, and apart from the double sided binding and the Ebony fretboard with real abalone, it’s similar to the Gibson L6-s, but less flat and contoured. Even the cavity backplate is made out of the same maple wood. Originally designed as jazz/fusion guitar and kitted out with low impedance pick ups, laterally it came issued with standard humbuckers. This guitar packs a punch and is cool to look at also with its flamed maple cap. Guitar lives in its Case. 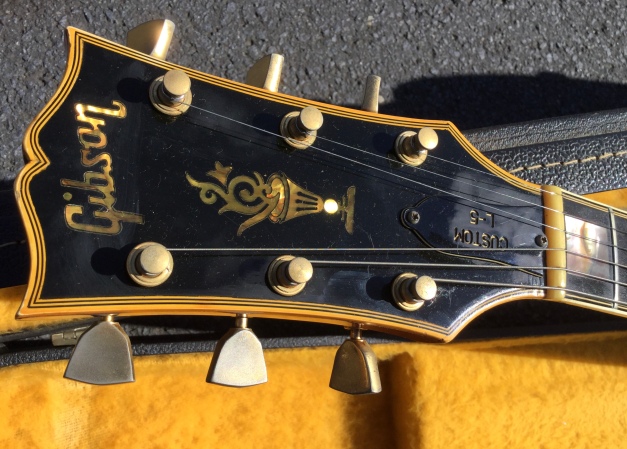 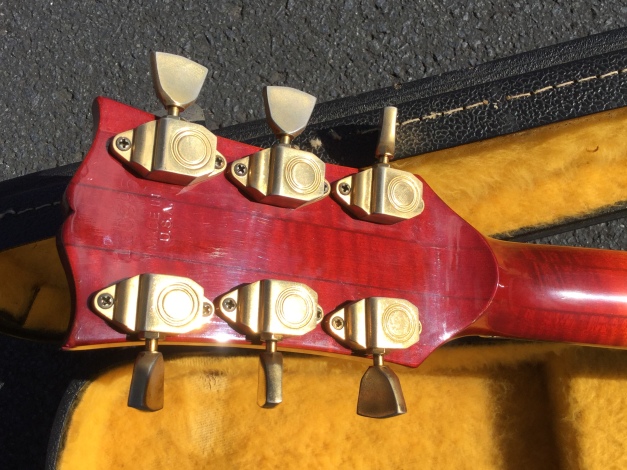