1st issue Yamaha SG-2000 in Walnut Brown finish, in excellent condition. A real beauty with its translucent finish and one of the nicest Yamaha SGs in the 2000 series. The brown is quite translucent  and shows the underlying mahogany and maple. The history of the SG-2000 is interesting in that it was developed in the 1970s with the input from none less than Carlos Santana. This is a really early SG-2000 as it still has the SG-175 numbering scheme.  Like it’s predecessor, the SG-175, the guitar plays like a dream.

The guitar is very heavy, with a thru body neck, brass sustain plate under the bridge and an ebony fret-board. Unlike the later versions, this model does not have the coil taps as that was a later feature, and can be found on models like the slimmer necked, SG-2000s and SG-1000 and 700. A really great SG, lives in its case. 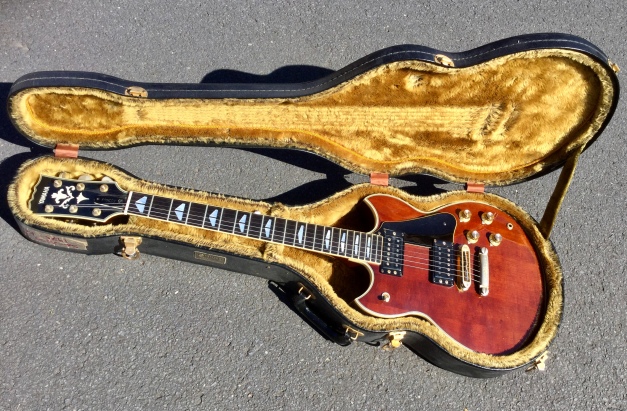 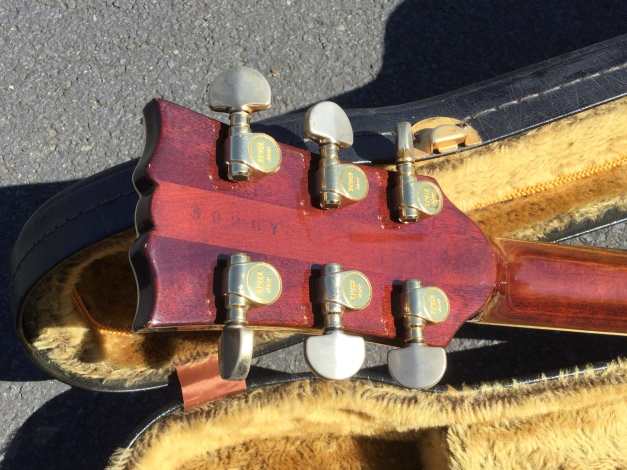 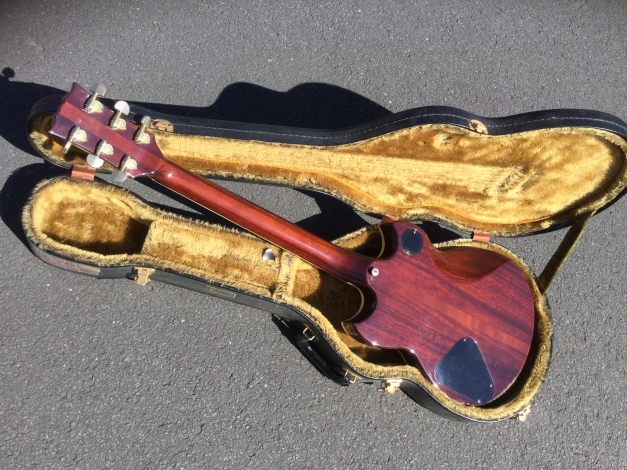