Here a rare guitar, a Gibson Les Paul Signature in Goldtop issue. This model was designed by Les Paul himself and only put forward for production in the early 1970s. Prototypes started in 1972 and full production not until 1973 and finished in the late 1970s. Researching the various sources and literature shows these were made in 3 finishes, Most common the Goldtop, like this one then the Cherry Sunburst, and rarest the Tobacco Sunburst version. The guitar sports a set of original low impedance enabled Pickups, which can be bypassed and in order to get the more rocky and responsive ES-335 like sound. This guitar has been well used by guitarist Greg Bone, and can be seen in videos of Kylie Minogue and Ronan Keating. 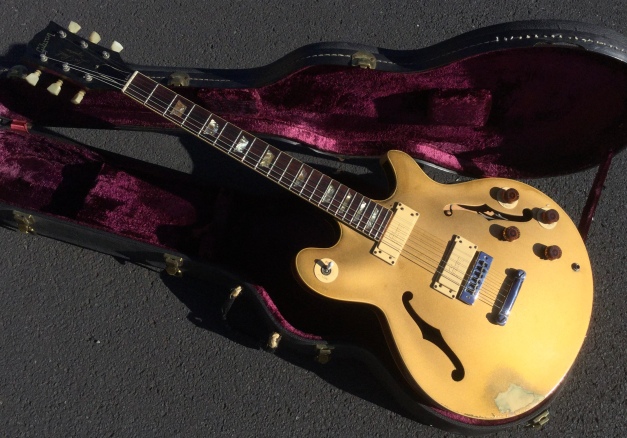 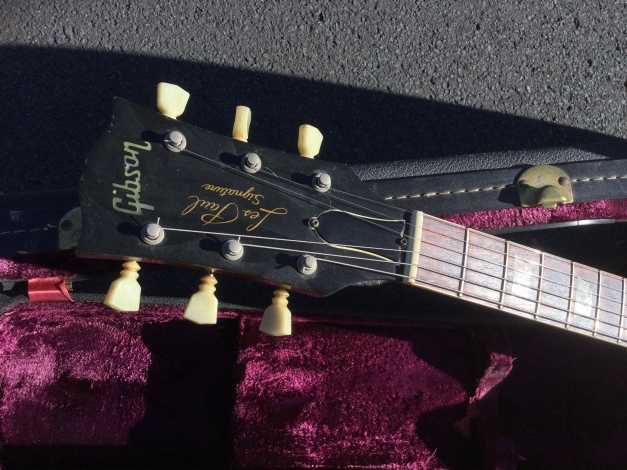