Here a Gibson ES-330 in teaburst. The ES-330 is a slightly smaller version of its bigger brother the ES-335. The Gibson ES series, named after ES (Electric Spanish) was initially produced in the Kalamazoo plant in Michigan USA. Two models were initially produced, large semi hollow bodied arch top shaped guitars with f-shaped sound holes in the body, 3×2 tuning pegs and stoptail bar or trapezoid tail pieces. Additionally there was a choice of inlays, one with rosewood fretboard and dot inlays. Since 1964 there were block shaped fret board position markers in use resulting in an overall pretty Guitar. 2 powerful P-90s controlled with a 3-way switch controlled the selection of pickup and 2×2 vol and tone regulated the sound output. Below we see a 1960s example or the block marker version. Versions of this type guitar have played a prominent role in rock and roll, blues and jazz history. This ES-330  lives in its plush lined case. 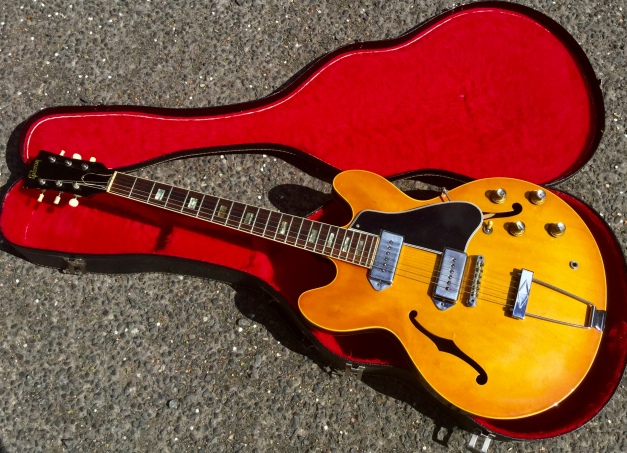 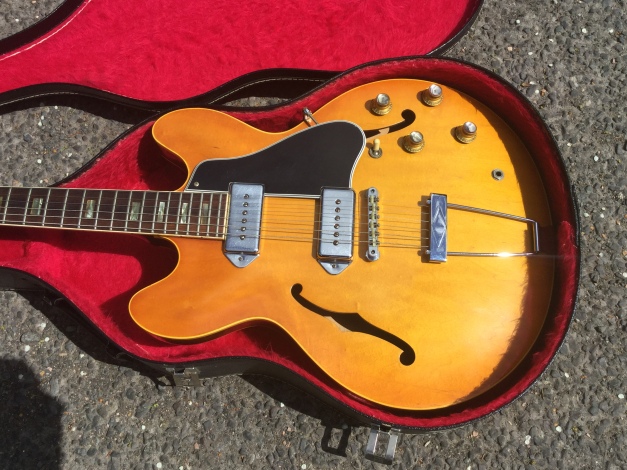 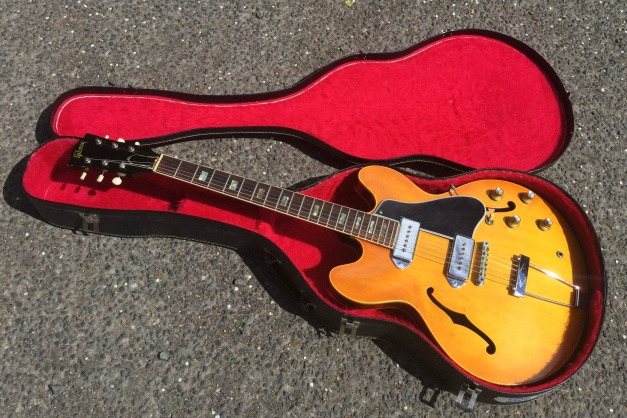