Here we another Gibson Les Paul Recording guitar sporting a vast array of tone options, the collectible Gibson Les Paul Recording, built 1970-2. With the discontinuation of the Les Paul Personal in 1969, Gibson saved some of Les Paul’s innovations for the guitar that eventually became his favourite guitar model, the Les Paul Recording Model. This guitar was designed to used mainly as a tool in the recording studio, the Recording featured a dual set of diagonal, low impedance pickups that could send sounds directly to a recording console or as Les Paul did as he used this model for live shows, a flip of a switch activated the high end of the custom low/high impedance circuitry for use with a standard amp. This model has a tailpiece with micro tuners. Guitar lives in its hard-case. 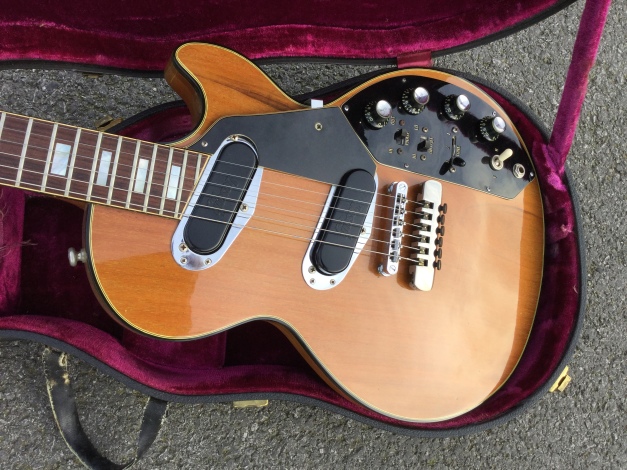 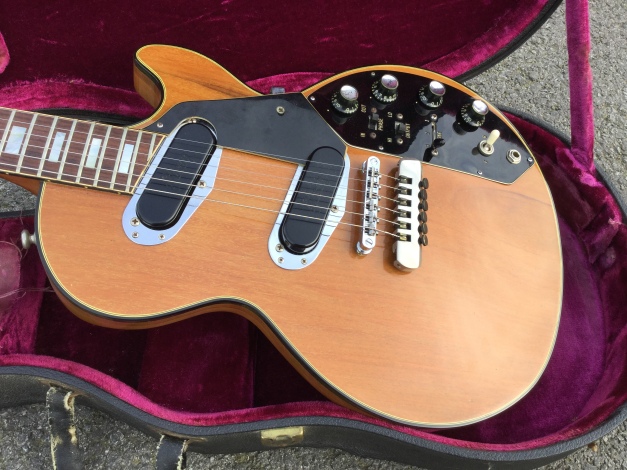 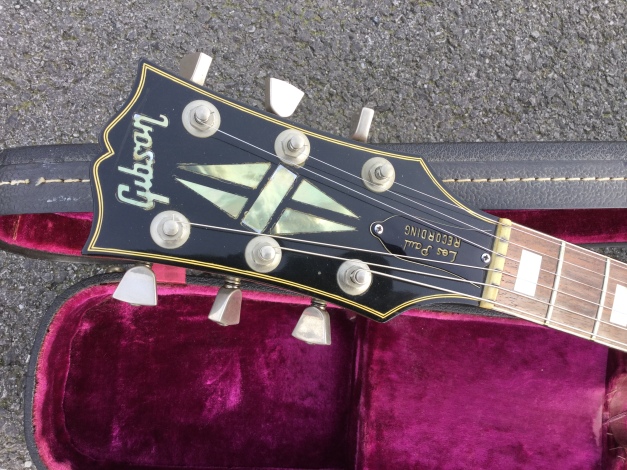 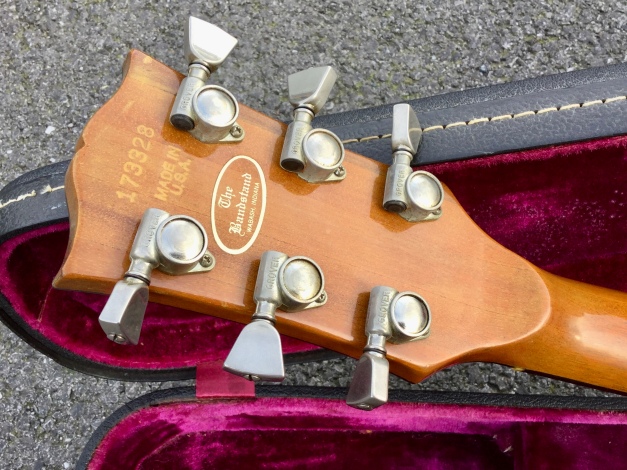