Part of my core guitar collection and piece of rock history, an example of the pre Carlos Santana Yamaha SG. Prior to the famous Yamaha SG-175 and Yamaha SG-2000, Yamaha Music Corporation produced a series of early Yamaha SG double cutaway prototypes. These were the Yamaha SG-30, 35, 50, 70. In 1974 the phenomenal and relatively successful SG-90 and SG-175 were released. Here is a rare example of the SG-90, it is a more sober version of the top of the range, early SG-175 with a phenomenal playability and versatile sound. This is a truly great electric guitar with a good solid feel, playing light and fluid and certainly has lots of mojo and a definite vintage vibe.
The guitar has a solid Honduran mahogany body with a set neck, rosewood fret board with mother of pearl dot position markers and embossed serial number, Chrome Hardware and Tuning pegs. The sound is through 2 high output Yamaha pick ups.  The guitar has aged nicely with its binding nicely faded to a clotted creamy colour.  Yamaha SG-90 guitars were made from 1974 till 1975 in translucent Black, Natural Wood, Walnut and  Red. Notable players of this axe included Barney Kessel and Andy Taylor of Duran Duran. 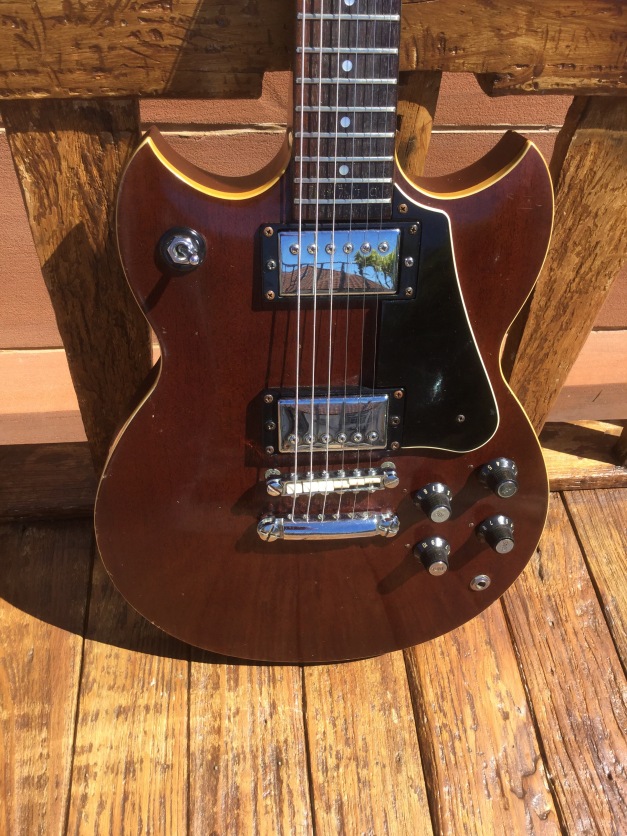 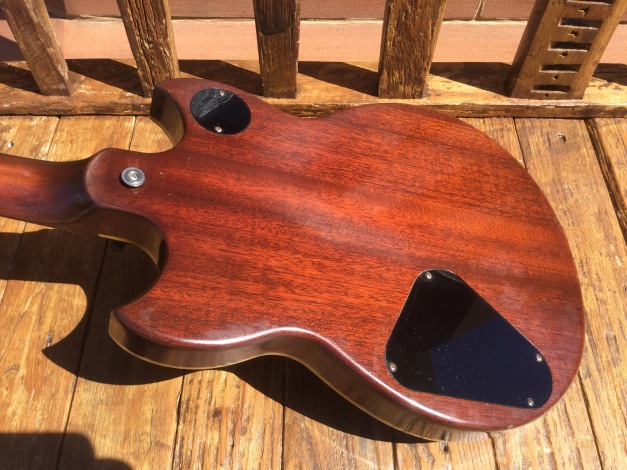 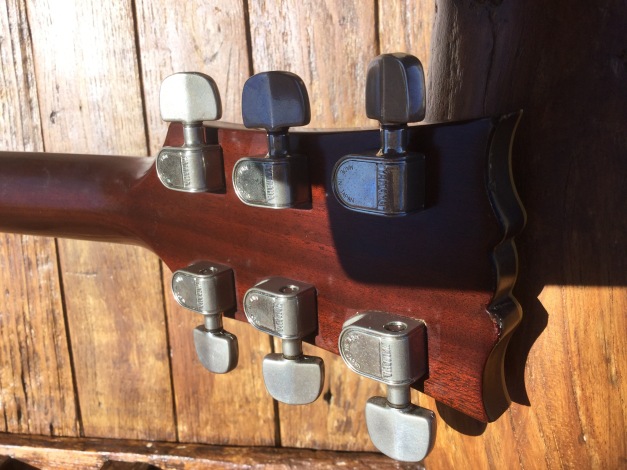 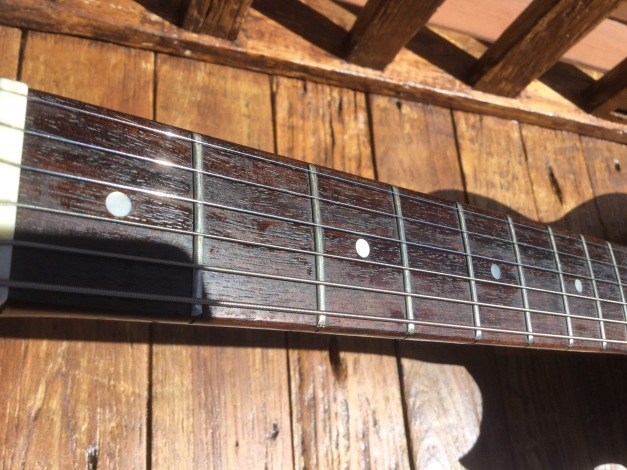 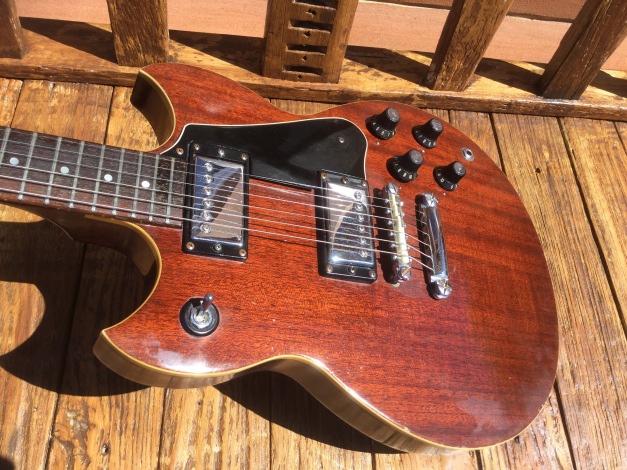 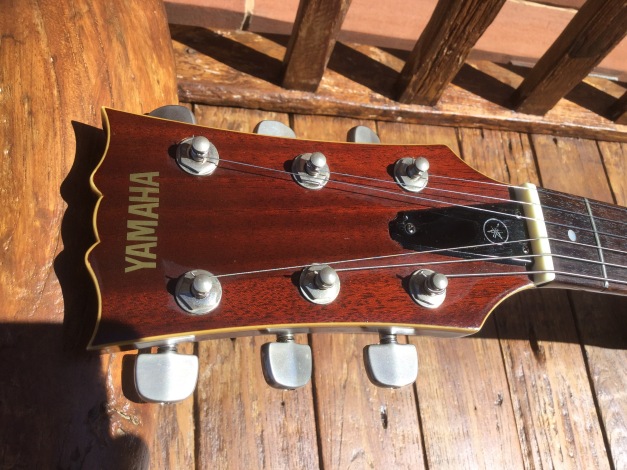 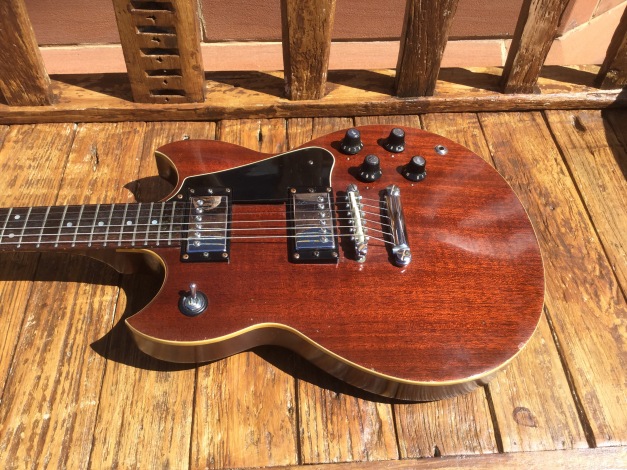 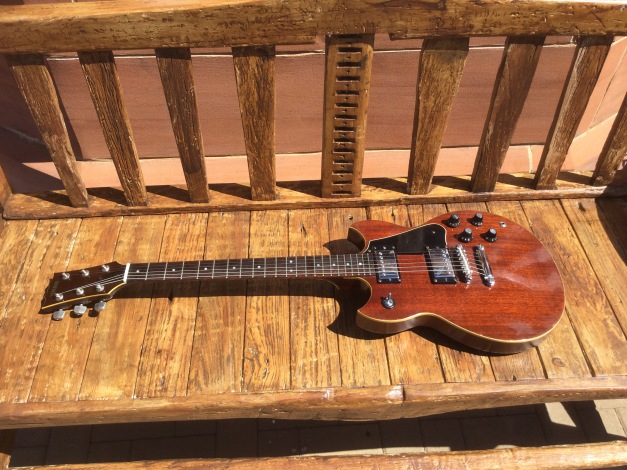 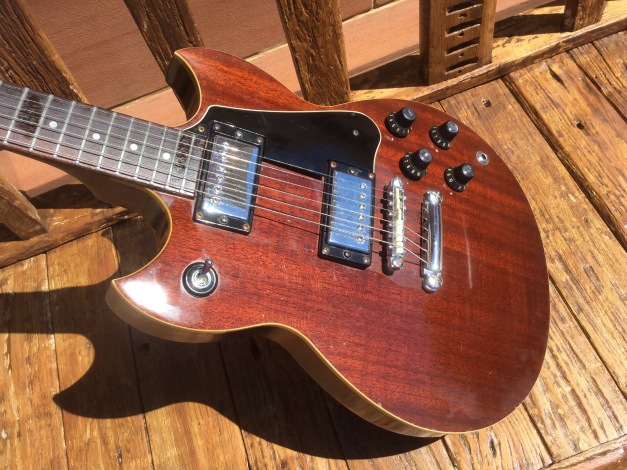