Here a reissue of the famous ’59 Les Paul Sunburst models that were made by Gibson in the late 1950s. Made to Vintage Old Spec (VOS) this guitar is called R9, and is made with materials similar to those from 1959-1960. Oddly, despite the current collectability and popularity and the price tag of these ’59 models, the Les Paul was actually discontinued by Gibson and replaced by the SG shape that initially was called Les Paul Model too. New to my guitars collection, this is a pretty Gibson Les Paul Guitar with killer looks due to its AA flame maple top and a killer sound to boot; for those who know the Gibson Les Paul Custom range, you will have seen some great examples of Gibson’s Custom Shop.  Guitar lives in  with Gibson Custom Case. 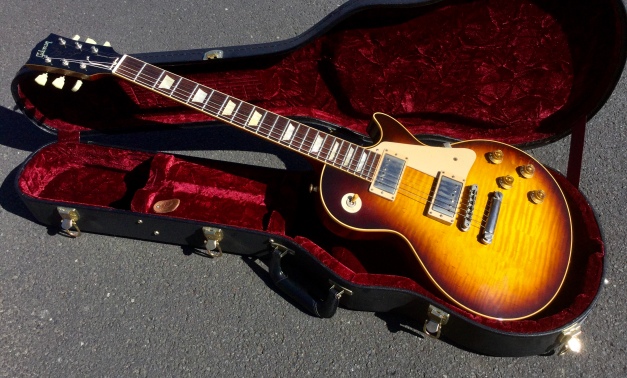 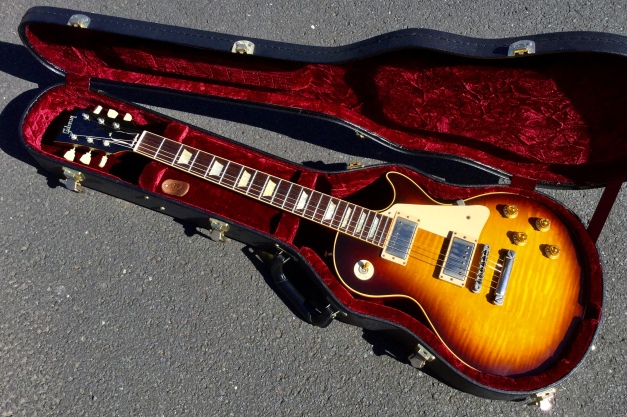 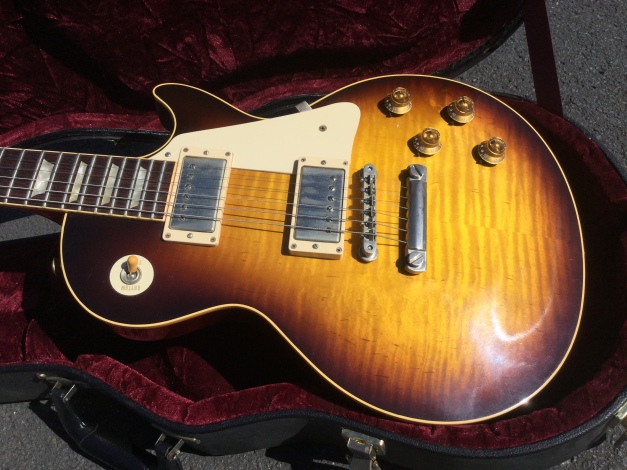